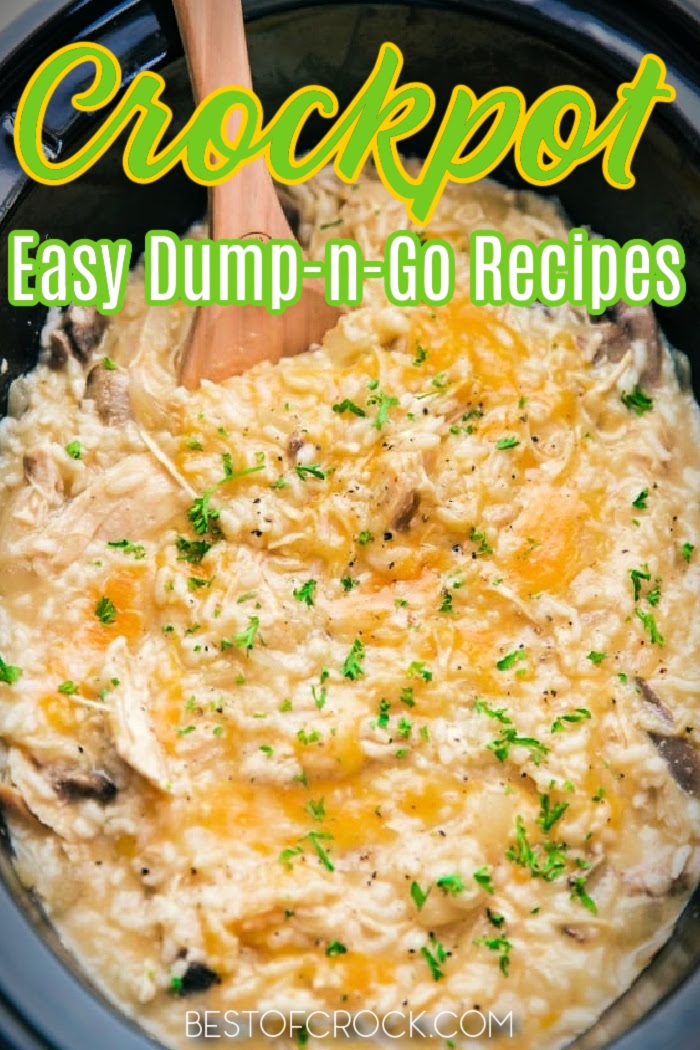 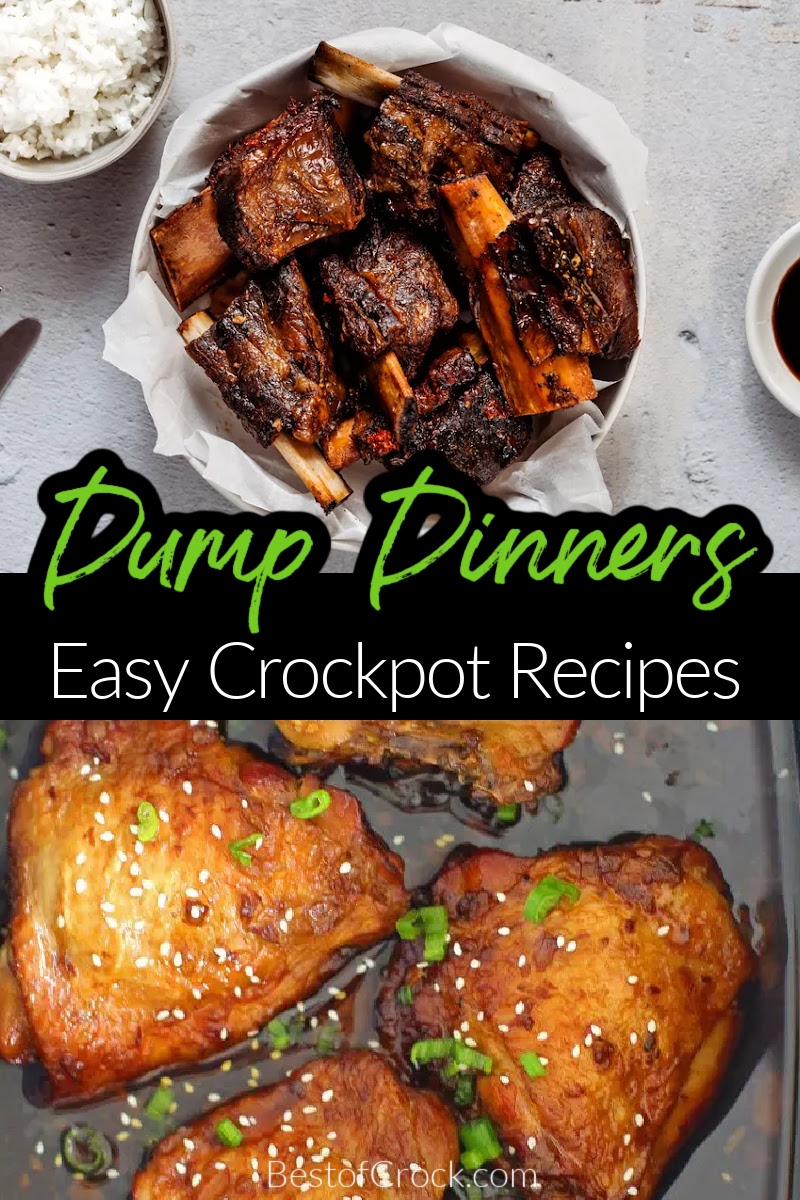 Cooking dinner is fun every once in a while, but every night? The joy of cooking is lost when it becomes a job we have to do, and we have to do it. But we can make it easier on those nights when we aren’t feeling as culinary as usual. Crockpot dump dinners are precisely what we need.

The best crockpot dump dinners can help give us a bit of a break from cooking dinner nightly at home for ourselves and our families. We all appreciate the feeling we get when we cook dinner for the family, and they love it.

That feeling is what helps keep us motivated to cook family dinners nightly. But that’s not to say that we have it in us every night to cook. Unfortunately, we can’t skip it, or else what will everyone eat? They could easily heat up a frozen dinner, but don’t we want more for our families?

The crockpot can help with this problem. Crockpot dump dinners are dinners that are easier to make, allow us to relax when we get home from work and provide us with a healthy meal. Dump dinner recipes are recipes that require you to simply dump the ingredients into a crockpot, turn it on, and let it go.

You may need to prep some stuff, but you could also use shortcuts there. Ultimately, these crockpot recipes are foolproof recipes that anyone can make. In fact, you could even direct a teen to get it done. Simply gather the ingredients, put them on the counter and leave a note telling them to dump everything in and turn it on.

That’s not always a good idea, but that shows how easy these recipes are to make.

We always dice, chop, or slice ingredients before we start cooking; it’s the first step. Unfortunately, we can’t precisely skip this step with any recipe, even dump recipes. But we can cheat the system a bit. Shop for canned or even frozen veggies that have already been prepped.

You can even find minced garlic in a jar if you need that as well. These items will help you ditch the knives altogether when you cook a crockpot dump recipe.

Stock Up on Freezer Bags

Freezer meals are an entirely different idea, but we are all familiar with the concept of leftovers. Crockpot dump dinners usually make meals like casseroles or things that are easy to freeze. You can easily make dump recipes ahead of time and free them for later.

You can also freeze the leftovers so that you have something quick to heat up on nights when even dump-and-go recipes are too much effort. We all know what those days are like.

Pork Loin and Veggies | The Kitchn

Chicken and Dumplings | Eating on a Dime

These recipes will surely tell you the necessary ingredients and specific seasonings. However, no one is watching over your shoulder. You could easily take a dump recipe for tacos and use a taco seasoning pouch instead of the list of seasonings in the recipe.

Asian Sesame Chicken | Together as Family

Beef Brisket | Life is but a Dish

Grocery shopping requires us to plan ahead. We can plan ahead before we get to the store or while we’re wandering the aisles looking for something to strike us as a must this week. But planning is essential with dump recipes.

You will want to make sure you have one or two crockpot dump dinners in mind for the week and then shop for them when you go grocery shopping. This way, you already know you have the ingredients to take a lazy day or two this week.

You may hear people talk a lot about meal prep. Meal prep is a great way to save time during the week by cooking all your meals on Sunday. But not everyone wants to do things that way, and that’s not a problem at all.

Instead, just double your recipe, especially with these crockpot dump dinners. You can double the recipe and then freeze the leftovers, and boom, you’ve just meal prepped without wasting your Sunday cooking all day.

Steak and Gravy | The Country Cook

Chicken and Gravy Crockpot Recipes | Chicken and gravy could be considered dump dinner recipes. Although, there may be some steps that disqualify it from the running.

Best Crockpot Mexican Soup Recipes | Soup is always a good idea and these soups take it to a whole new level.

Budget Friendly Beef Stroganoff | There is nothing better than a recipe that doesn’t hurt the bank account as much.

How to Make Crockpot BBQ Ribs | There may be a debate we need to settle. Ribs off the grill are fantastic but can a slow cooker be just as good?