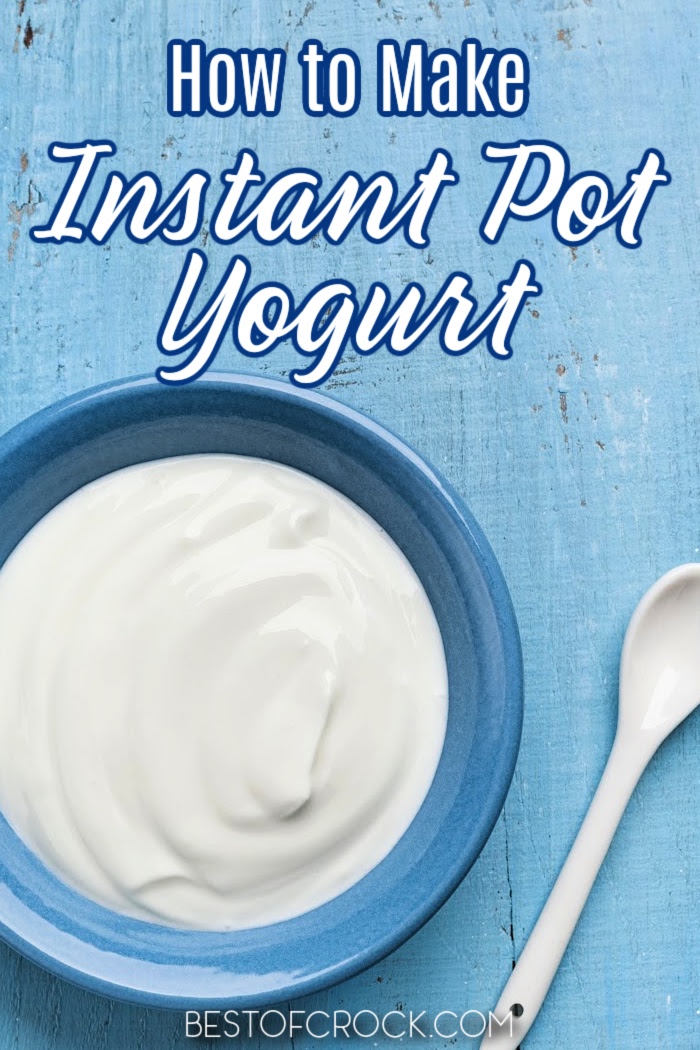 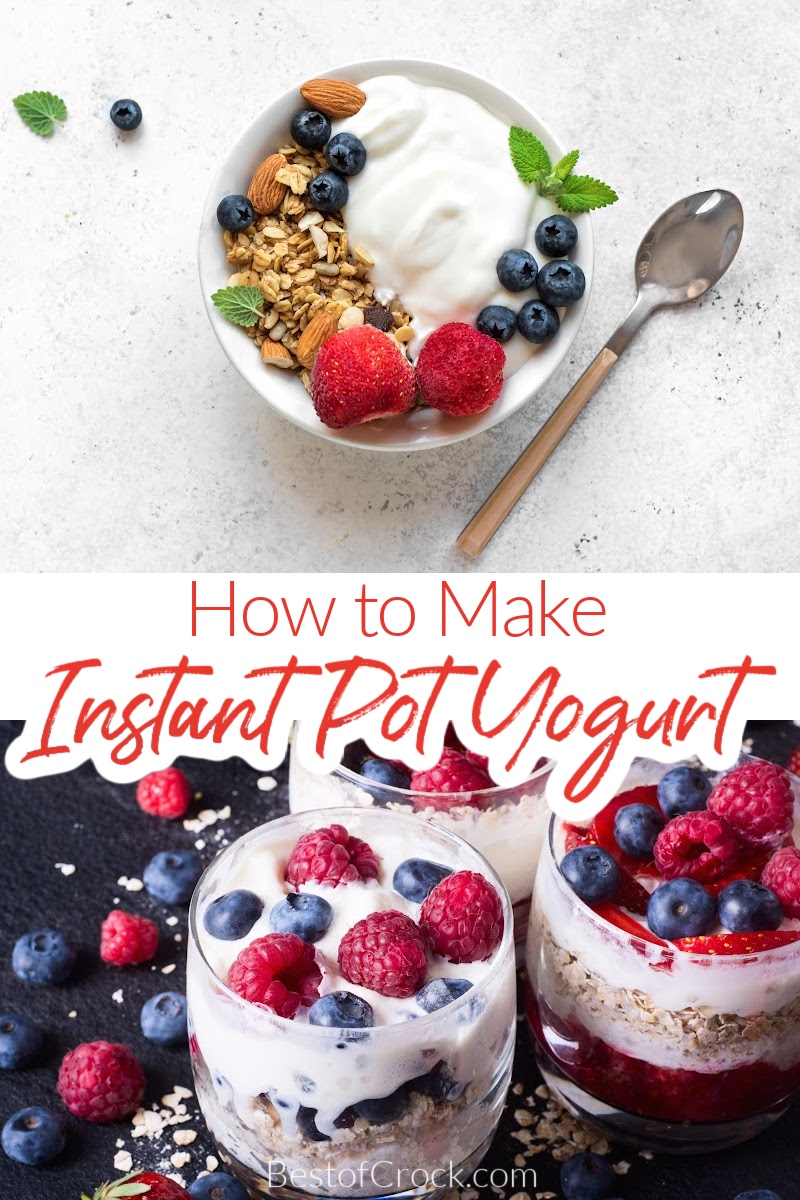 The Instant Pot can do many different things, most of which have a button on the device. One such button is the yogurt button. We have all seen it, but how many of us have actually tried using it? We can learn how to make Instant Pot yogurt and put that button to use.

Learning how to make Instant Pot yogurt might save you money on store-bought yogurt and allow us to eat healthier more often. Dairy products are interesting, to say the least. We all know what we’re doing, but we accept it because the flavor is good.

We are consuming milk at various stages of spoilage, though using the word “spoilage” isn’t quite right. Spoilage would give one the idea that the food or drink has gone bad. But milk has different stages, we can add different things to the mix, and we end up with something entirely different.

Either way, yogurt is milk with specific bacteria and other specific bacteria removed. The milk then thickens and becomes something altogether different but with the same base ingredient. There is a lot of science that goes into making yogurt.

We could complicate things by saying streptococcus thermophilus and lactobacillus delbrueckii sbsp are the bacteria that turn milk into yogurt through a fermentation process produced by said lactic acid bacteria. The process truly is fascinating and could be learned if you really were interested.

However, the Instant Pot pulls all of that science together into a single “Yogurt” button. So instead of worrying about how the lactic acid and decreasing pH cause the milk protein to solidify into a consistency we know as yogurt, we can just press a button.

We can easily learn how to make Instant Pot yogurt and worry about the science another time.

How to Make Instant Pot Yogurt

Instant Pot yogurt is far from challenging to make. However, there are a few steps that go into the process. Most Instant Pot recipes are dump-and-go recipes that don’t require you to do much at all. But making yogurt is, in fact, a science project that has multiple steps.

The first thing to do is get prepared for the process. You will need to gather the ingredients, which include a gallon of milk at any percent and ¼ cup of yogurt with active bacterial cultures. The milk percentage doesn’t matter at all, but you will need milk.

The yogurt is simply used to add the right bacteria to the mix and let the bacteria grow in the milk. The bacteria will then spread into the milk creating the same consistency and flavor as the yogurt you used. You can even use leftover yogurt that you made before.

Just be sure to use yogurt that doesn’t have any additives, even flavor additives.

The next step is to heat the milk. Instant Pots primarily work the same way, but you may want to do a dry run just to ensure your pressure cooker operates the same way. The yogurt button has two outcomes when you press it.

Close the lid and open the venting valve before pressing the yogurt button just to boil the milk. The goal is to get the milk to 180 degrees or more. You can check the temp using a food thermometer but if it’s not ready, just use the saute feature to keep heating it up.

You can also place the inner pot into a cold water bath in the sink. Sitting the pot on the counter will take a few hours, and you will need to keep an eye on it so that it doesn’t get too far below the goal temp. The cold water bath will take minutes and is much easier.

The goal temp for the milk is 110 degrees F. You haven’t messed up entirely if it’s a little below but don’t go too far, or else the consistency of the yogurt will be off. The milk will develop a thin film on top once it reaches 110 degrees.

You can easily remove that film with a fork or skewer. Toss the film away and move on to the next step.

Incubate and Ferment the Milk

We can finally get to the easiest step, not that anything has been complicated thus far. Learning how to make Instant Pot yogurt is still a process, but no one said it was a particularly difficult one. Now is the time to add ¼ cup of yogurt to the milk.

Place the pot back into the Instant Pot and add the yogurt. Whisk them together, making sure not to scrape the bottom of the inner pot. The bottom will have stuck-on milk that will add lumps to your yogurt. Of course, there’s nothing wrong with that, but people prefer yogurt to be smooth and creamy.

You don’t need to mix much; just whisk for a couple of minutes until the yogurt has integrated with the milk. Close the lid to the Instant Pot and press the yogurt button again. You should see a timer show up on display; change it to 10 hours so that the Instant Pot shuts off by itself.

You can check the yogurt after 10 hours by placing a spoon into the yogurt. You’re looking for the spoon to almost stand straight up and down, with the yogurt being thick enough to hold it in place. Chill the yogurt by placing the entire inner pot in the fridge for 6 or more hours, whisk again, and enjoy!

No Sugar Instant Pot Cinnamon Apples | You can see from this list of just a few of our Instant Pot recipes that there are plenty of possibilities.

Instant Pot Chicken and Gravy Recipes | You can make some amazing chicken dinner recipes that are filled with flavor.

How to Make Instant Pot Bone Broth | Or go with something simple that you can use as an ingredient in other dishes.

Low Carb Instant Pot Pork Chops Recipe | Pork chops will come out perfectly well every time with the help of an Instant Pot.