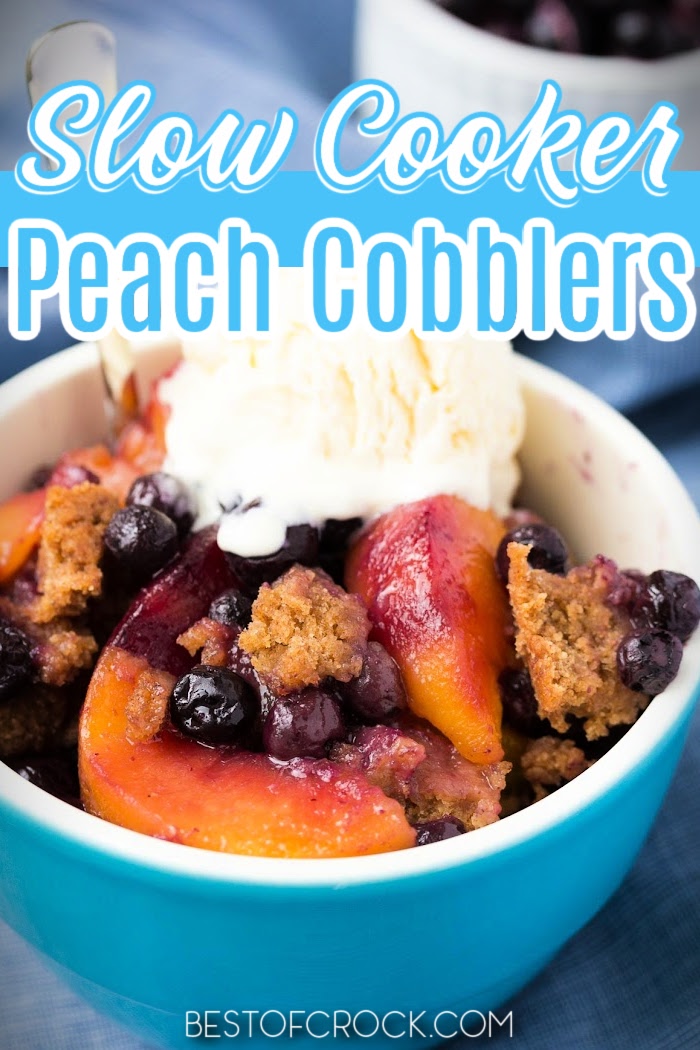 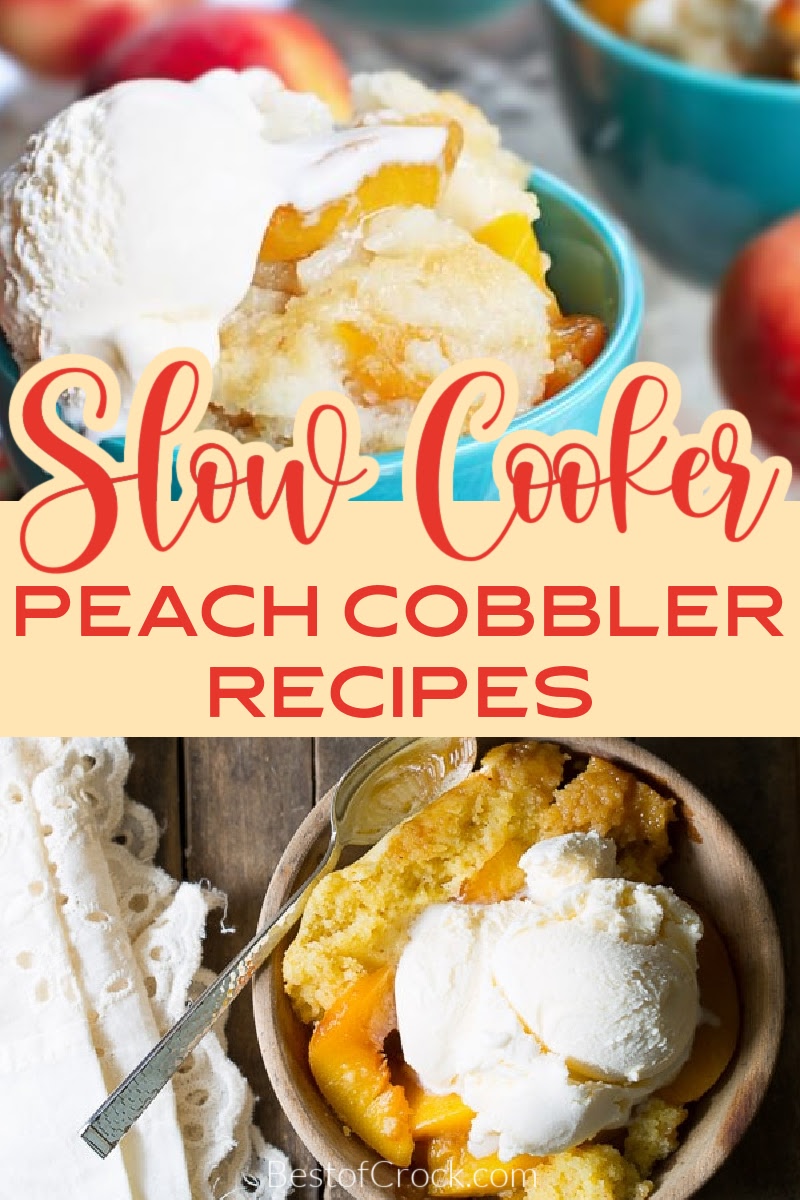 Ready to taste a bowl filled with peaches that taste like the spices grew inside them? The classic cobbler flavor is still there, but it is improved in these slow cooker peach cobbler recipes. There are even different recipes you can use that make it easier. You can use frozen fruit, add different fruits, and even use a box cake mix.

Peach cobbler has been an American classic since at least the 1950’s. In fact, there is even a national peach cobbler day. This was an attempt to sell more peaches, but it worked. The deep south has taken credit for this dish thanks to Georgia peaches and rightfully so. Georgia peaches are delicious, and they do help to make a great peach cobbler.

However, you can use any type of peaches you want in your slow cooker peach cobbler recipes. You could make it a tart, pie, torte, crisp, and even a cake. The choice is yours and the results will be amazing. In fact, these recipes might end up being a staple in your home before you know it.

Cobbler is a classic dish, but it doesn’t have to be classic to be good. You can switch things up with how you plate the peaches. For example, get a premade pie crust and put it into a pie or serve it up with a scoop of ice cream. Tip, serving cobbler with ice cream is better if the cobbler is nice and warm.

That should be the goal, to serve the cobbler fresh and warm. You can also reheat it if you keep the leftovers in the crockpot. But you can also heat it up in the oven or microwave. Though, microwaves might diminish the flavors a bit so do your best to avoid that option.

Slow cooking these cobbler recipes makes them so much better. But the best thing to do is to try them all. Use one recipe during your next holiday party and another during a family dinner. The differences will be enough between each recipe to make sure each one is exciting.

Exciting desserts are what we live for…most of the time. We enjoy a quick snack every now and then, but it is desserts like these that always take the experiences to another level. You haven’t heard anyone tell you about the Oreo they had the other day. But you might’ve heard someone talk about the cobbler that was amazing.

Low Carb Slow Cooker Stuffed Peppers | Stuffed peppers is an amazing dish that is filled with juicy flavor from the bell peppers and savory flavors from the stuffing. You can’t go wrong.

Beef Barbacoa Crock Pot Recipe | Beef barbacoa takes a lot of time to make right. That is why using a crockpot to make it is a better idea, no matter how good a cook you are.

Crockpot Turkey Chili Without Beans | Letting chili simmer in its flavors is always a good idea, this crockpot turkey chili allows the flavors to meld perfectly.

How to Make Crockpot BBQ Ribs | BBQ ribs, nothing better on the earth, unless you use a crockpot to practically guarantee that fall-off-the-bone everyone wants.

How to Make Crockpot Hawaiian Chicken | You can even use your crockpot to take you and your family on a trip to Hawaii without even leaving your kitchen.