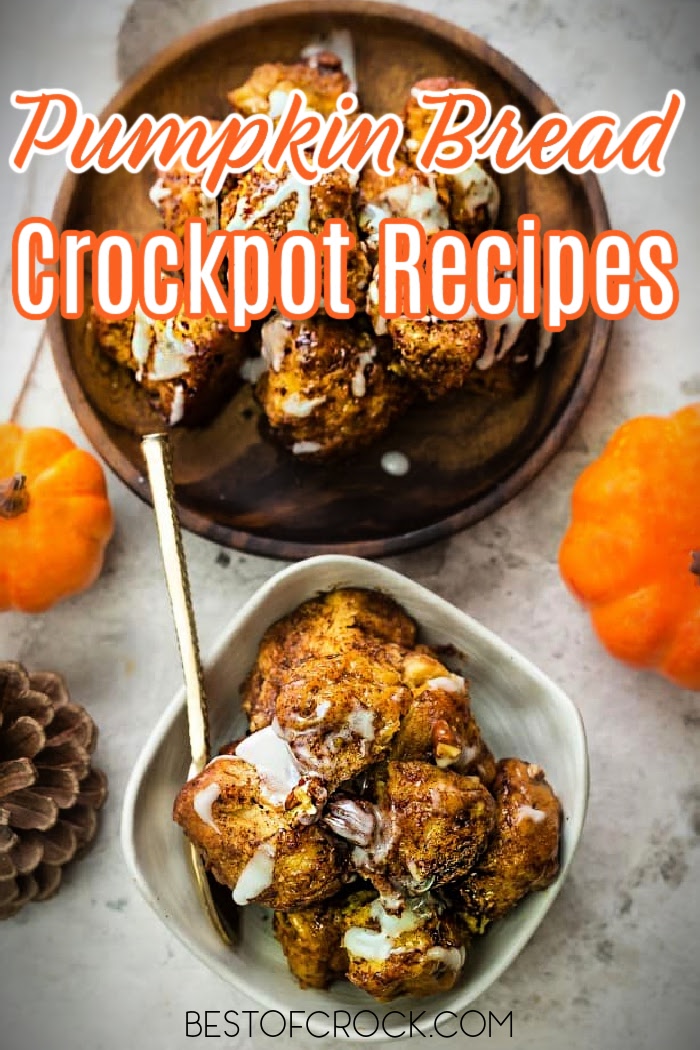 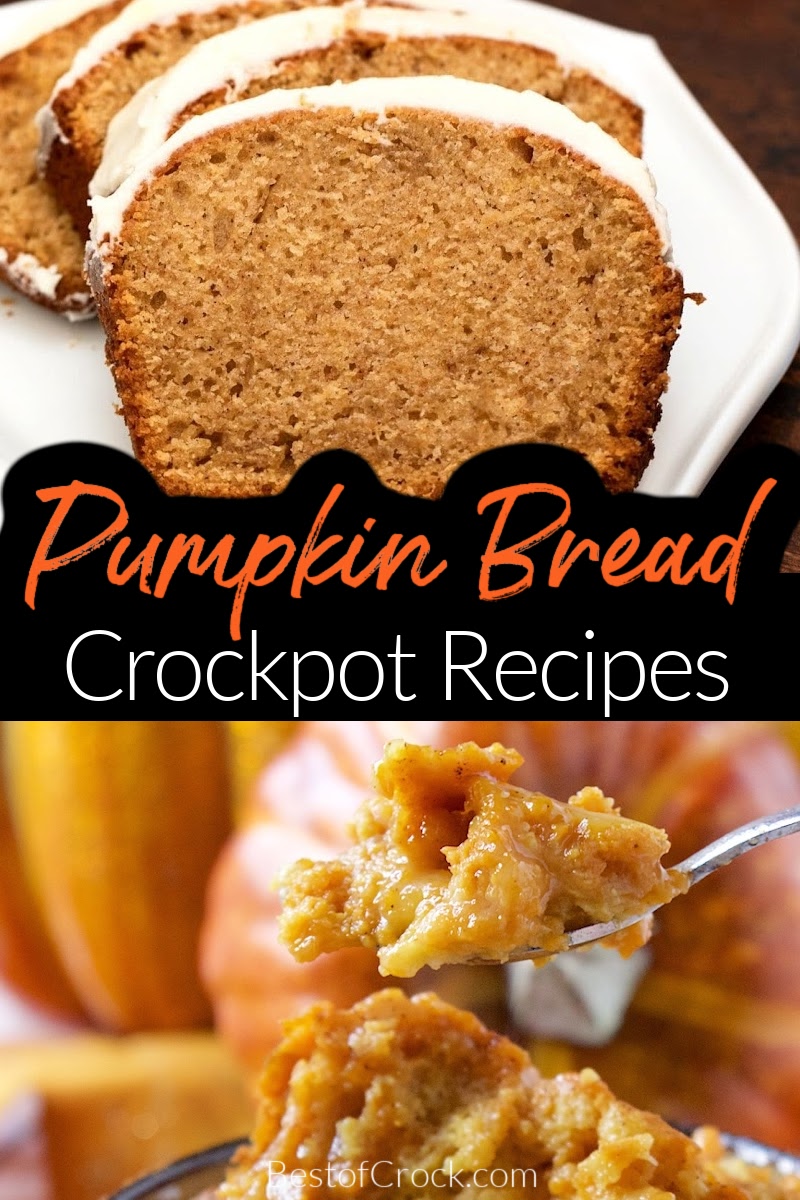 Pumpkin spice has made its way into just about everything. But before there was pumpkin spice, there were pumpkin baked goods. Pumpkin, in general, tastes amazing, and the spices make it even better. But everyone should try crockpot pumpkin bread recipes at least once.

But pies aren’t the only thing you can make with pumpkin flavoring. Pumpkin bread is exactly what the name sounds like, bread made with pumpkin. The end result is usually a moist loaf of bread that can be served as is or with butter.

You can also add whatever else you’d think goes well with pumpkin. Some people like to add chocolate chips to the mix, and others like to frost the bread like a pound cake. Ultimately, pumpkin spice is fantastic, but nothing beats the real deal.

Pumpkin bread actually uses real pumpkins, which can make things difficult for some people. Luckily, there are crockpot pumpkin bread recipes that use canned pumpkin instead of fresh.

These recipes will allow anyone to start making pumpkin bread. Anyone can turn pumpkin bread into a family tradition that is filled with flavor and easy to make. The crockpot ensures that the bread stays moist, and the end result is perfect for parties or families.

You may not have been eating pumpkin bread as often before. But now is the perfect time to start trying something new for the start of the holiday season.

Making crockpot pumpkin bread recipes is very easy, but you have to decide between canned and fresh pumpkins. Fresh pumpkins will seem nicer, but there are some things you should know. You will need to carve, clean, and puree the pumpkin before you can use it in the bread.

The end result is also a lot lighter and not as fluffy. Canned pumpkin is actually a better choice when making pumpkin bread. The flavor is more familiar since it has a bit of spice and the bread is a lot fluffier.

Cozy Fall Crockpot Recipes | Fall is the perfect time to cozy up with a delicious bowl of food that keeps you warm inside and out.

Crock Pot Peanut Chicken and Spinach Bowl | Peanut chicken is delicious and fits right into a fall menu. You can serve it with brown rice, quinoa, or white rice.

Easy Crockpot Halloween Recipes for a Spooky Night | Halloween is the first of the fall holidays. You can make some pretty spooky recipes with your crockpot.

Dairy Free Slow Cooker Beef Stroganoff | There is nothing more fall than a hot serving of beef stroganoff; talk about comfort food.

Budget Friendly Slow Cooker Macaroni and Cheese | Macaroni, and cheese are like the kid-friendly version of beef stroganoff. That might be a stretch, but we’re here for it.