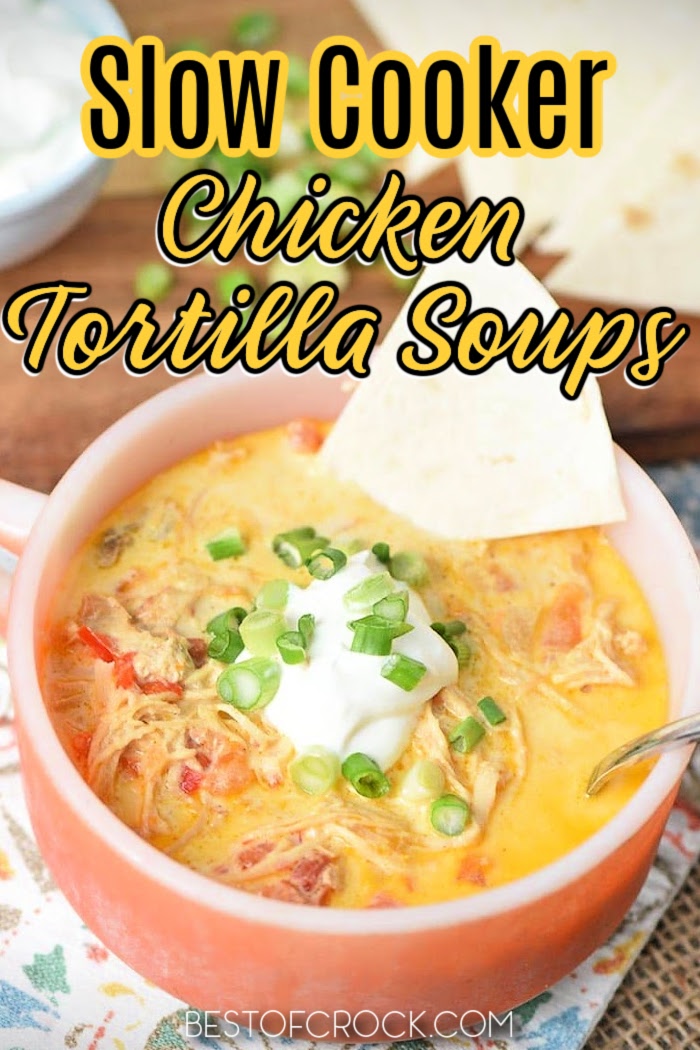 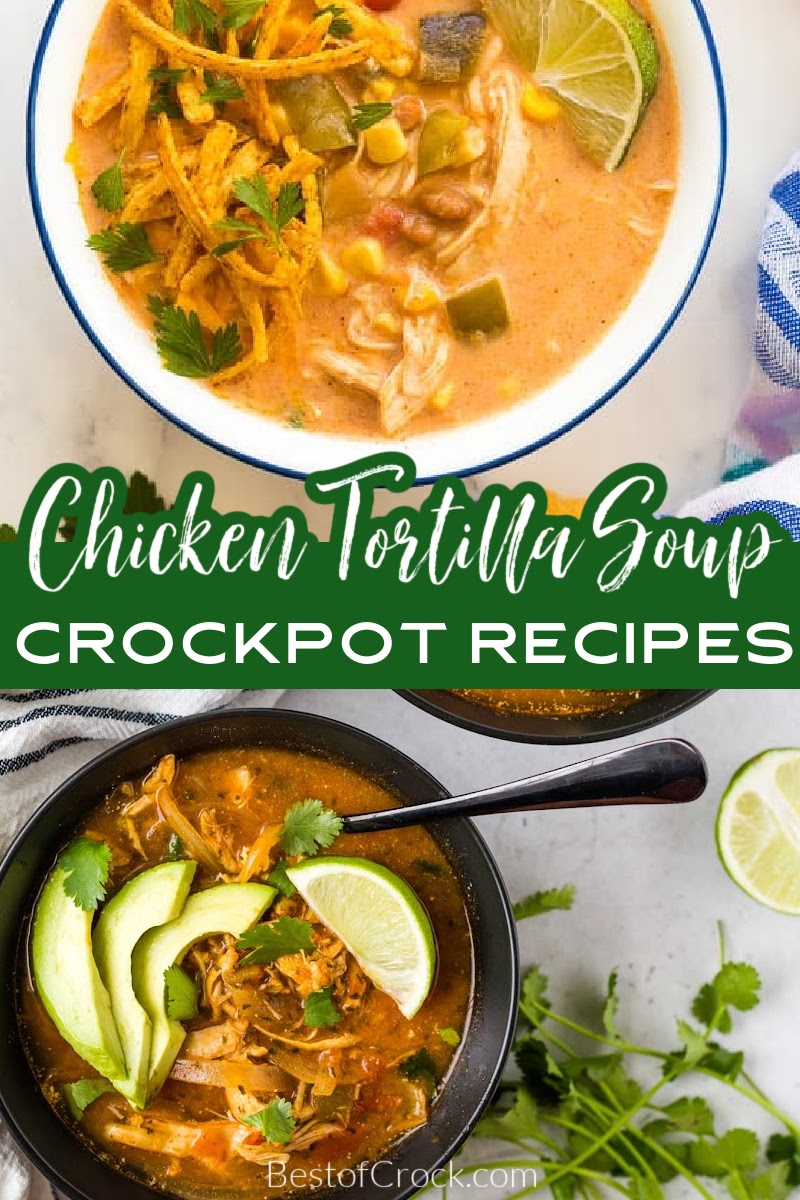 There are many diverse types of soups and everyone has their favorites. You can enjoy a chunky bowl of soup filled with meats and veggies that make it seem stew-like. There are also basic soups that have an equal balance of broth and chunky ingredients. But we turn to creamy soups for the ultimate soup experience.

There is nothing better than a flavorful, creamy bowl of chicken tortilla soup. This soup can be so creamy that it almost becomes a chili instead of a soup. That means you can top your slow cooker creamy chicken tortilla soup recipes with chili toppings like sour cream, shredded cheeses, or the classic, tortilla chip strips.

There are different versions of this soup where some add more heat, some add several types of chicken, and just explore Mexican cuisine in a creamy soup form.

Some soups get some crackers and others may get a sprinkle of cheese. But chicken tortilla soup can be topped with so much more. You can squeeze a lime into it and then top it off with sour cream, cheese, cilantro, tortilla chip strips, avocados, the possibilities are endless, and all are amazing.

In fact, the toppings may even make the soup entirely different so feel free to explore.

Crock Pot Peanut Chicken and Spinach Bowl | Peanut chicken goes perfectly with spinach. In fact, you can make a chicken and spinach bowl that is healthy and filling.

Beef Barbacoa Crock Pot Recipe | Barbacoa is a different type of BBQ. This version of BBQ is juicier, saucier, and filled with flavor.

Crockpot Shredded Chicken Sandwiches | Shredded chicken can take on many different flavors but it belongs in a sandwich.

Easy Crockpot Beef with Brown Rice and Vegetables | Beef and brown rice is a classic dinner that is easy to make on those night when you just rather skip cooking altogether.