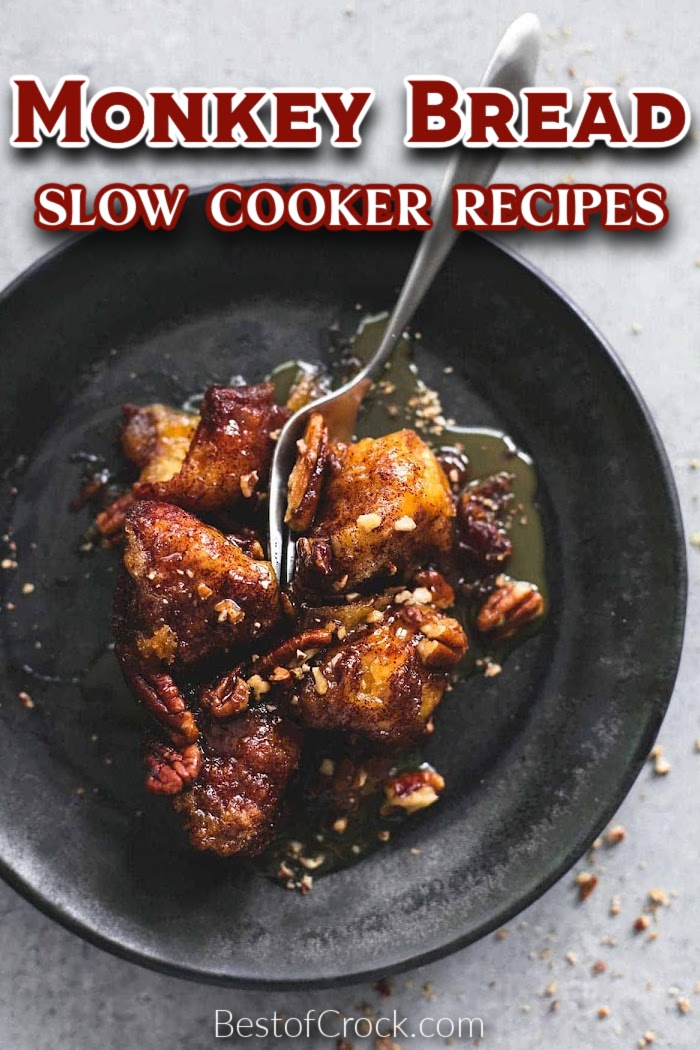 You can be excused for thinking that monkey bread is just a cinnamon roll cake. However, it is not, it started out as its own thing. People serve monkey bread as a breakfast or as a dessert and both are completely acceptable. They also have started using canned cinnamon roll dough to make monkey bread easier to bake and to utilize the crockpot.

There is nothing better than using your crockpot for something you otherwise wouldn’t have time for. Baking, for example, takes a lot of time and precise measuring to complete. But there are crockpot recipes that can help make baking a little easier. Of course, you won’t be baking a wedding cake in a crockpot.

That doesn’t mean you can’t enjoy a sweet breakfast or an even sweeter dessert using a crockpot. Crockpot monkey bread recipes with canned cinnamon rolls are a good example of crockpot baking recipes.

Monkey bread is naturally a sweet dish. However, we eat things this sweet for breakfast all of the time like donuts, muffins, and even cinnamon rolls. That’s not to say this should be enjoyed for breakfast every day but we wouldn’t judge if it was. The bread is just so easy to make, so easy to serve, and even easier to enjoy.

Crockpot monkey bread recipes work great as dessert recipes as well. You can make the bread and then top it off with fruits, caramel, or chocolate and turn it into an amazing dessert. Some of the recipes here already have those additions but feel free to experiment as much as you’d like.

Crockpot Ground Chicken Chili Recipe | There aren’t a whole lot of ground chicken recipes out there. But it does work very well in a chili recipe.

Slow Cooker Beef Roast with Potatoes and Carrots | Making a beef roast could take up your oven space for a long time but you can save yourself some energy costs and space by using a crockpot.

Crockpot Chicken Tortilla Soup | Tortilla soup is amazing, plain, and simple. This soup is no different; you will want to eat it weekly, If not nightly.