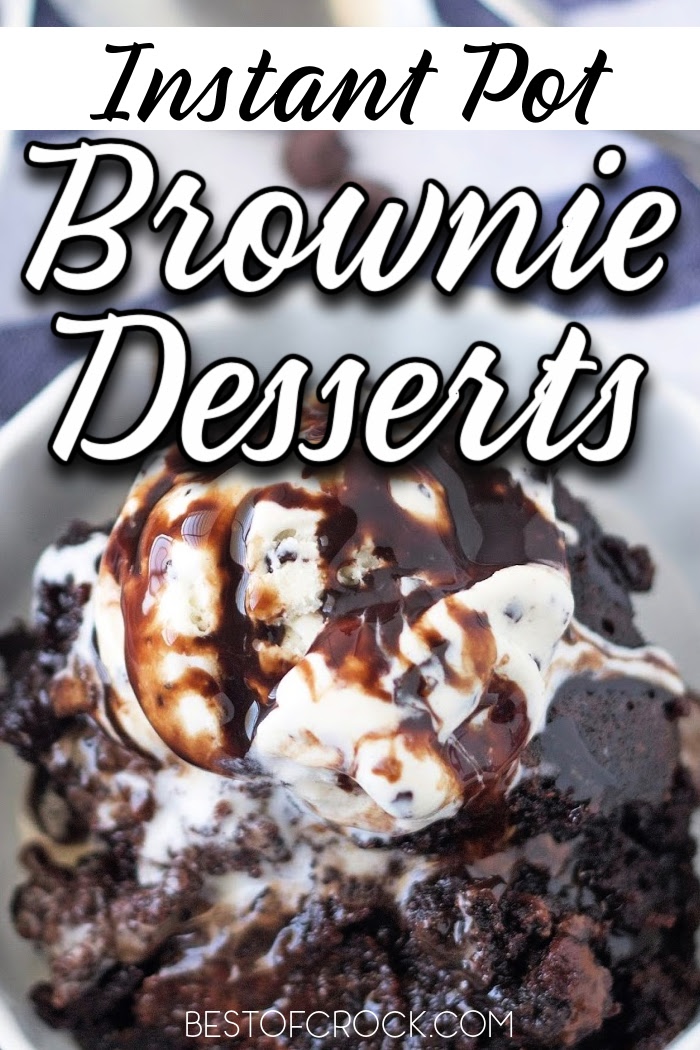 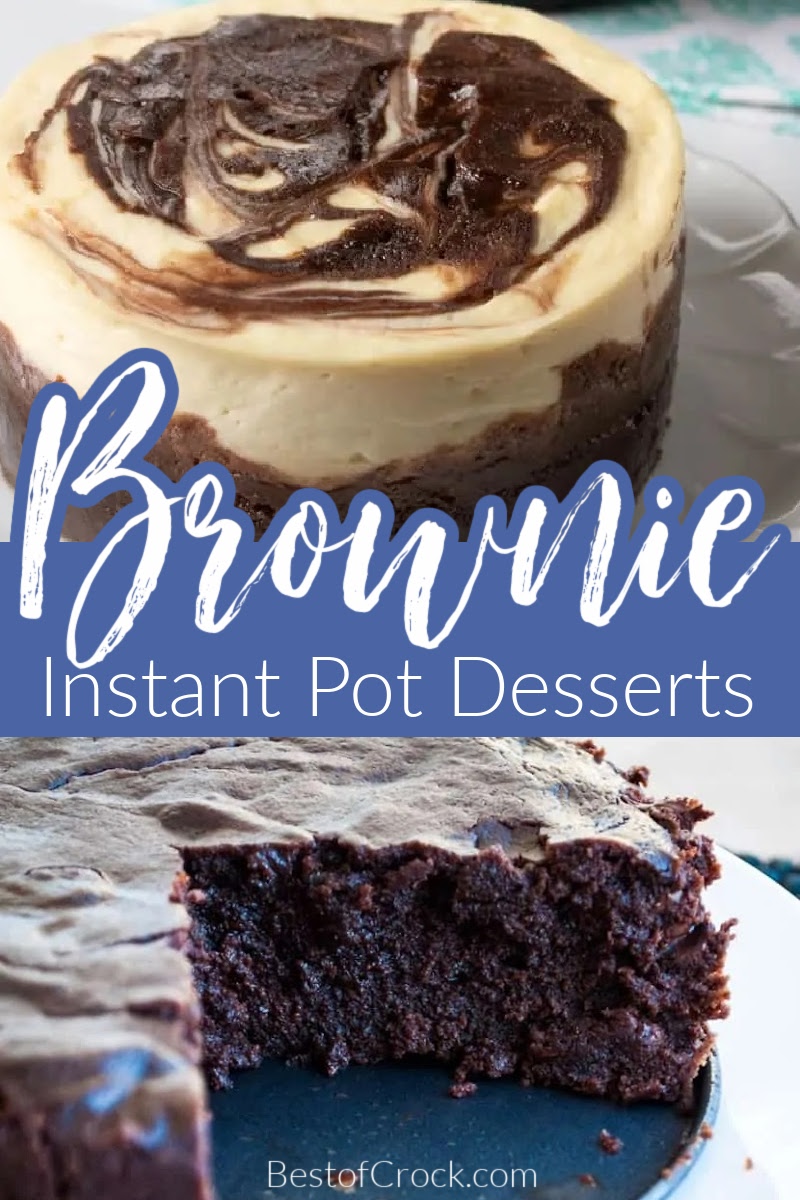 Brownies are a classic dessert that can be made in different ways. One way to make brownies is with an Instant Pot. Seems odd seeing as how most brownie recipes require an oven but Instant Pot brownie desserts can open you up to a new world of desserts.

Instant Pot brownie desserts can help you get to the warm, delicious chocolaty goodness that comes in each bite quicker and easier. How many different brownie recipes can you think of? There are ones with nuts, walnuts, blondies, caramel, double fudge, the list goes on and on.

There are a couple of reasons to use an Instant Pot, but it comes down to convenience and texture. Of course, this is all subjective and some people may still prefer to make brownies in an oven. But that doesn’t mean you can’t try some of the best Instant Pot brownie recipes and judge for yourself which you prefer more.

We will dive into the benefits of using an Instant Pot a little later. First, let’s get to some recipes. These recipes will produce brownies but also other brownie desserts. You can make things like molten brownies or brownie cheesecakes. The best part is you can do it all in an Instant Pot.

Timing is not what we will benefit from in most of the Instant Pot brownie recipes. However, the texture of the brownie is something that greatly benefits from an Instant Pot. The first thing to know is that Instant Pots use steam to cook things. That is why you need to release some of that pressure before opening the lid.

That steam comes from moisture and that moisture transfers over to the brownies. That means you will get super moist brownies from these recipes. Of course, that also means you may not get that crispy edge or top layer that you would from an oven. But sometimes, moist is far better when baking.

Another reason people turn to Instant Pot brownie desserts is the ease of use. Instant Pots usually sit on your countertop and don’t create as much heat as an oven. Surely, we have all had those days when it is just so hot outside that we don’t even want to think about turning the oven on.

However, that doesn’t mean we don’t crave a warm dessert with a scoop or two of ice cream on those days. The answer is the Instant Pot. Your Instant Pot won’t create as much heat as your oven will which means you can use it on a hot day. The benefit is that the Instant Pot will heat up inside, but it won’t heat up your kitchen.

Beanless Instant Pot Ketogenic Chili Recipe | Chili is a great meal to start with and then finish it off with a deliciously warm brownie.

Instant Pot Pork Chops Recipe | Pork chops may not be the first thing you think of making with an Instant Pot. But they should be on the list.

Instant Pot Goulash Recipe with Beef | Pasta recipes do, too. This goulash recipe is one you will be making again and again.