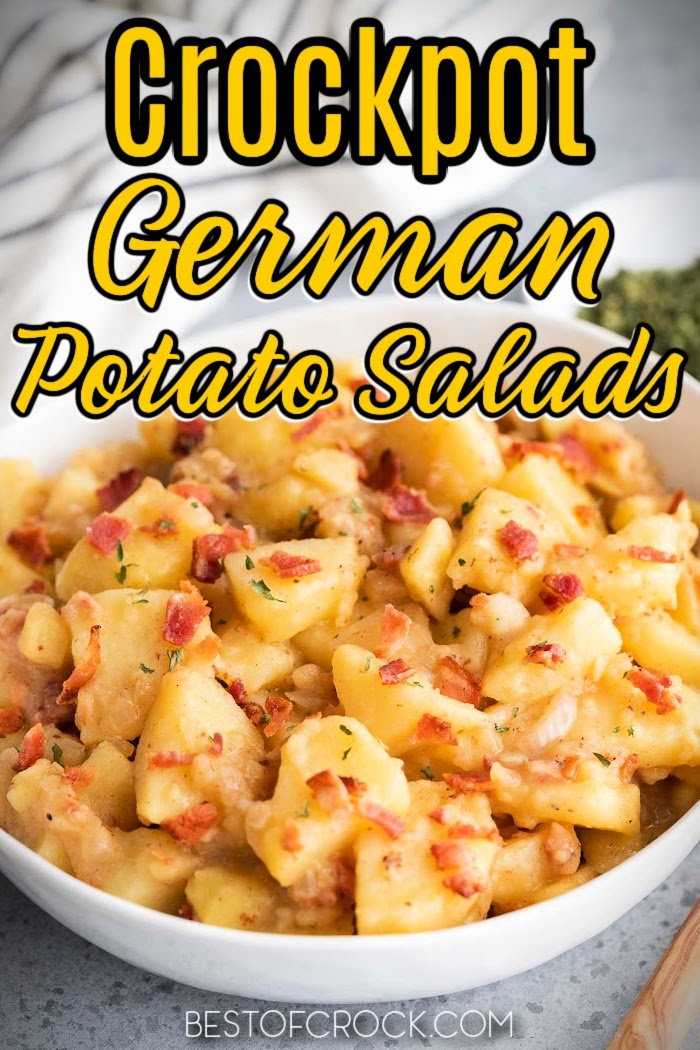 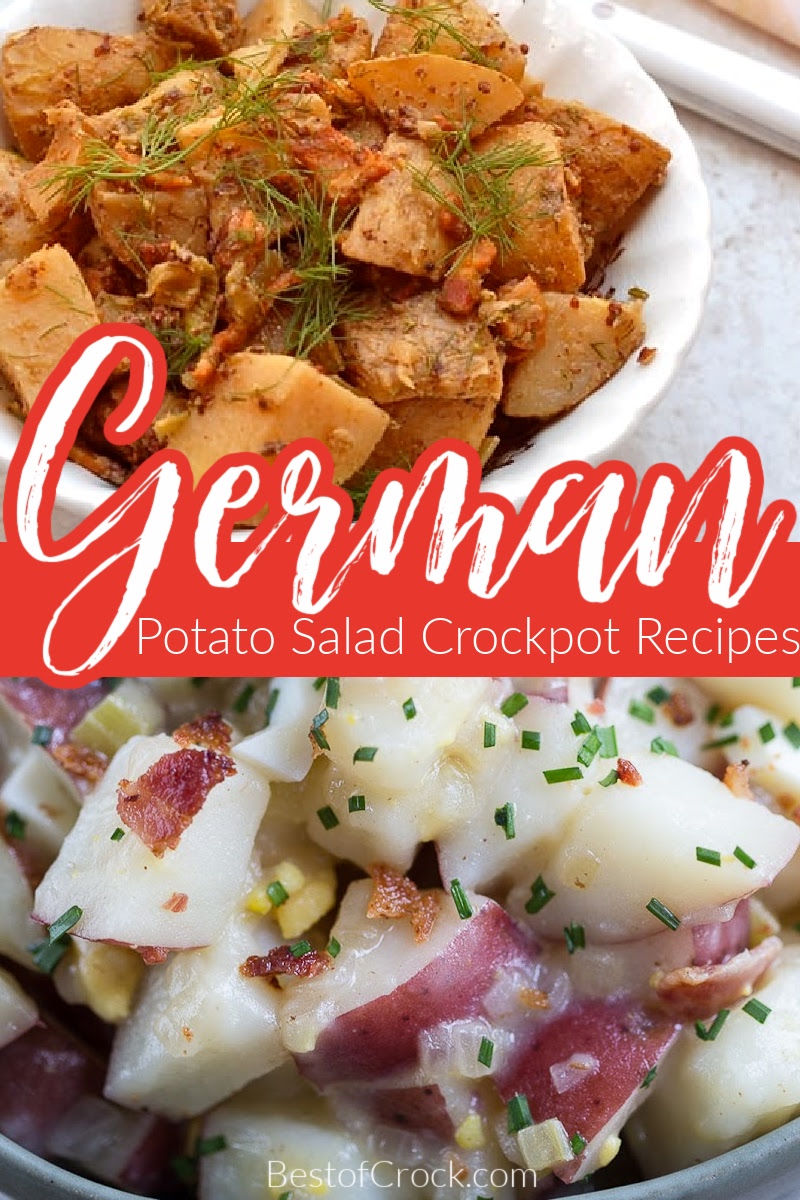 Many of us are familiar with potato salads. But America isn’t the only place that makes the dish. German potato salads are quite different. The first difference is it is served warm, made with red potatoes, and delicious. You can make your own with the best crockpot German potato salad recipes.

Potato salad is a popular side dish recipe. But everyone has their own recipe which makes every potato salad different. You could make it with hardboiled eggs or with herbs, you can even use apple cider vinegar. Crockpot German potato salad recipes might just end up being the best crockpot side dish with potatoes you have ever made!

You are familiar with the idea of eating a cold, potato salad. However, potato salad is served warm in Germany. Though, you can also find it cold there as well. But you do not have to travel to Germany to enjoy the taste of German potato salad.

Instead, you can make your very own crockpot German potato salad recipes. They may not be what you are familiar with, but that doesn’t mean they don’t taste amazing. In fact, you are about to try an amazing new flavor you may not have tried before. Who knows where you can take it from there?

Crockpots make everything so much easier. There is nothing better than combining some ingredients in one pot, turning it on, and doing other things with your life as it cooks. However, some of these crockpot German potato salad recipes will need a little work before you set it and forget it.

Don’t let that stop you from trying these recipes. They are still amazing and still easy. Not to mention, you can show them off to family and friends during your next party and they will be impressed with your skill and culinary diversity. Isn’t that what we all want?

Traditionally, these recipes should be served warm. However, some people have served crockpot German potato salad cold as well. However, that means this is a make ahead meal if you want it to be cold instead. Either way, you will be impressed with the results.

Crockpot Ground Chicken Chili Recipe | Your crockpot is capable of doing so much and opening you up to a whole new world of culinary delights. You also get to show off for the family more often at mealtime.

Crockpot John Wayne Casserole | Even things like casseroles get better in a crockpot. All without much effort from the cook. Set it and forget it is what we often hear about crockpots.

Easy Crockpot Chicken Tacos | You can also make ingredients for bigger recipes. For example, you can make the chicken you need for the best chicken tacos.

Crockpot Cheese Dip with Beans (No Velveeta) | You can also go lower on the skill totem with a dip. Dips are already easy enough but they are even easier, and more flavorful from a crockpot.

Crockpot Sloppy Joes Recipe | Then there are the sloppy Joes. Sloppy Joes don’t require much skill to make but are perfect for summer parties or for when you just don’t feel like doing much for dinner.